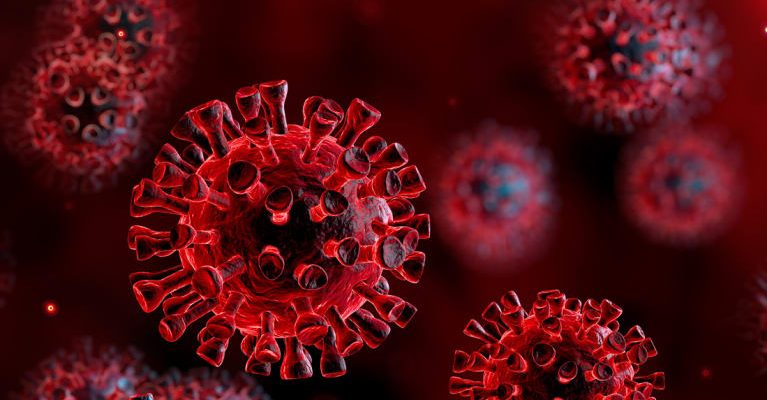 Recent days have brought a couple of significant firsts in the spread of the COVID-19 virus, with Big Horn County reporting its first confirmed case on Sunday afternoon and the state announcing its first death due to the virus on Monday.

A second death in the state was announced Wednesday morning.

Prior to those two developments, Big Horn County had been one of only three Wyoming counties without a confirmed case — with Weston and Platte being the others — and Wyoming had been the only state in the union without a COVID-19 death.

As of Wednesday morning, Wyoming had 287 lab-confirmed cases and 105 probable cases (including one in Big Horn County). The state was also reporting that 164 people had recovered and that 6,329 people had been tested.

Beyond that it’s an adult male, Big Horn County public health officials have not released anything more about the person who contracted the virus, including age, place of residence, how the virus was contracted or whether the person is currently hospitalized or quarantined at home.

David Fairbanks, the county’s public health officer, said on Monday that the individual “was not careful in following social distancing and had 18 close family, friend and work contacts both within and outside our county in the last several days while having symptoms,” adding, “Some of these contacts also have symptoms and will be tested. All of these persons under investigation have been given Public Health and Isolation Quarantine Orders.”

The order states that they are to remain at home and leave only to seek medical care or spend time outside on the property as long as they distance themselves from others, not have close, prolonged contact with others and notify the Department of Health if they develop symptoms of COVID-19 such as fever, cough, shortness of breath or sore throat.

The order threatens criminal prosecution for people who fail to comply.

“Now that COVID-19 is here and documented, I hope the naysayers will be less vocal and that we can work together to continue the community efforts that, to date, have kept us free of the virus,” he said. “We need to be even more vigilant to keep it from spreading to others.”

Fairbanks predicts that the county “will see a cluster of cases here in the next several weeks,” adding, “If we have one positive case, we have 11 others for everyone tested positive and with 18 close contacts in our county, we may have as many as 165 infected in our county — that could be as high as 1 percent of our county’s population.”

He echoed the words of Gov. Mark Gordon, who has continually urged state residents to stay home, wash your hands, maintain six feet of distance, do not congregate in groups of more than 10 and do not mob stores or allow your kids to gather up for any play dates.

An older Johnson County man is the first state resident to die as a result of the coronavirus, according to officials. State officials and officials with the Johnson County Healthcare Center confirmed Monday that the man died late last week after being hospitalized for one day.

Sean McCallister, chief executive officer for the Johnson County Healthcare Center, announced in a news release Monday the death of the man, who McCallister said had serious underlying medical conditions.

State health officials have said since the virus reached Wyoming that those with pre-existing conditions such as lung or heart diseases or diabetes would be more seriously affected by the illness.

“While we’ve learned most people who are infected are able to recover at home without medical care, we also know people who are aged 65 and older and people who have medical conditions such as heart disease, lung disease, diabetes and weak immune systems are more likely to experience complications and become severely ill,” Dr. Alexia Harrist, the state’s health officer, said in a news release announcing the death.

Gov. Mark Gordon, in a statement, expressed sympathy for the man’s family.

“I am saddened to learn that we have lost our first Wyoming citizen to COVID-19,” Gordon said in a statement. “This one was close to home and sadly serves as a grim reminder of the importance of following public health orders and guidance so we can reduce the number of serious illnesses and deaths in our state. Jennie and I extend our thoughts and prayers to this gentleman’s family and friends.”

A second death in Wyoming was announced by the Wyoming Dept. of Health Wednesday morning, an older Laramie County man who had been hospitalized.

Wyoming was the last state to see a death from coronavirus and remains the state with the lowest number of COVID-19 cases.

As of Wednesday morning, Laramie County had 64 cases; Teton County had 58; Fremont County had 42; Natrona County had 34; Campbell County had 13; Sheridan had 12; Johnson had 11; Sweetwater had 10; Converse had eight; Albany, Lincoln
and Washakie had five; Carbon, Crook and Uinta had four, and Goshen had three. Big Horn, Hot Springs, Niobrara, Park and Sublette counties had one case each.

The number of those patients who had fully recovered also increased to 164.

(Editor’s note: The last half of this story was taken from a Wyoming News Exchange report.)