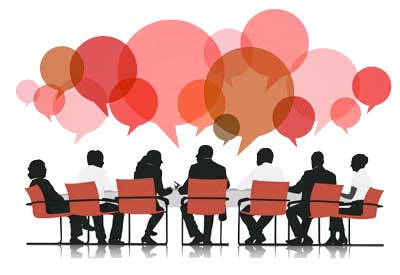 Owner’s Representative Tom Farrens was present to discuss the new schools, abatement and the demolition at the Dec. 10 meeting of the Big Horn County School District No. 4 board of trustees.

Farrens started his report in regards to punch list items that are still being done in the new buildings. MOA was going to come and go over those items with Rick Nelson from GH Phipps. Farrens said Nelson has been working hard for the last couple of weeks trying to get all those items picked up.

Farrens hopes they will get the big electronic sign put up and programmed. He also reported about the installation of the additional fencing between the two buildings. Farrens said Nelson was going to get back to him about the covered walkway as well.

Farrens reported they are waiting on a few punch list items on the FF&E. In regards to OfficeScapes and some of the items they were waiting for, Farrens reported there were some damaged desks, specifically over at Laura Irwin Elementary. He also reported on Wyoming Office Supply and the last delivery of replacement items.

In regards to additional FF&E items, Farrens said he was working closely with business manager Trevor Whitaker to get those additional items, which include bookshelves and cabinets.

Farrens moved onto discussing abatement with the board. He said they were going to have a kickoff meeting. Tetra Tech was scheduling the meeting. There will be two contractors doing the abatement. Farrens said January 2 is when their contract is to start. The contractors have 90 days to do the abatement.

As for demolition, Farrens said it is scheduled to start on April 1 and they are scheduled to go through the end of June.

Farren’s finalized his report by informing the board about his schedule during the abatement and demolition process. He did apologize for not being at last month’s board meeting, citing another meeting he could not get out of.

During questions, board member Greg Gloy said, “I told Rick that he was the hardest working guy I saw on the project.” He added that Nelson was up there at night with lights on, working. “I’m very impressed.”

Business Manager Trevor Whitaker started his report on the CDs that he included on the bank balance report. He said the bank is working on getting an accounting of the CDs on the monthly bank statement.

Whitaker said they have a little over $100,000 in the teacherage account. He made a recommendation of tying up half into CDs as well. He also wanted to do one more CD for the investment account. There was discussion about whether Whitaker was approved to take action. Whitaker reported this was not on the original plan that was voted on. He suggested making the recommendation an action item for next month.

There was discussion about the teacherages as well. Whitaker made the recommendation of selling the teacherages in Manderson as they come open. The board informed him that it would have to be an action item.

Whitaker said it was going to be expensive to section them off. He added that they would have to get a survey done.

He didn’t know how much the survey would cost. There was discussion if the cost is per property. Whitaker informed the board he could get a quote.

Gloy asked if it was not broken up into lots already. Whitaker responded that it’s not. He said that based on the county maps, there is a school and a rectangle with the teacherages.

Administrative Assistant Janelle Craft told Whitaker that she has property files that he can review. Board chairman Heath Hopkin also suggested doing a title search at the courthouse.

There was further discussion about doing a market survey and whether they are acting prematurely. It was decided to put the topic as a discussion item for next month.

Whitaker finished his report by giving a final amount for the auction, which came out to $46,000. He said they have not figured out where they will deposit the funds. Whitaker reported the yard sale did not bring in as much money — about $2,000 — but they got rid of a lot of items. He said they are getting quotes to get the building cleaned before abatement.

Jensen reported that they are all good with the NFHS network as far as streaming the events they hold at the new RMHS gym. The NFHS network streams sports and any events going on in the gym. Individuals can purchase subscriptions and part of the proceeds goes back to the school.

Jensen applauded the student council on taking the challenge to help the community.

As for the Booster Club, he reported on a planned golf tournament for the summer and mock-ups for banners for the gym.

LIE principal Jeff Fuller gave his report, which included reporting to the board how long it is taking to get through the parent loop. He also reported on giving old reading material to the kids to take home.

Seventh grader Jonathon Mendenhall and senior Lillie Crabtree were honored as students of the month for RMHS.

Student council report was presented, which included the annual school lock-in scheduled for Dec. 20. Also presented before the board was concessions and shot for a pop to be done at the Dec. 12 basketball game. The council is also planning on a canned food drive.

School Resource Officer Josh Wheeler was not present for the meeting. However, board member Chris Kampbell gave the safety report, which included safety meetings, campus-wide lock-down drill and numbers being put up on the windows. Wheeler is planning on being at the annual school lock-in.

Special Education Director Lee Clucas gave his report and said nothing was out of the ordinary. There was discussion about a special education cap bill that is going through the state legislature next year. The bill would eliminate the cap.

Supt. Dave Kerby gave his report, which included a wrap up on the grand opening, the school auction, WASBA conference, and yard sale. He did inform the board there was a legislative meeting with Representative Mike Greear (House Dist. 27) on Dec. 18 in Worland at noon.

It was approved to keep the board positions the same as last year which is as follows: Heath Hopkin (board chairman), Audra Crouse (vice chairman), Chris Kampbell (treasurer), and Kristen Schlattmann (clerk).

The board approved yearly selections, professionals, bonds, and signatories.

The board appointed federal and state project directors.

The 2020 board meeting dates were set.

There was an executive session for personnel and the Superintendent evaluation.

The board approved non-resident student applications.

The retirements of Lori Thon, Gerald and Becky Hill were approved.

The third reading of the following policies were approved: 6.04 Classified Staff Leave and Absences and 1.22 Policy Adoption.

The board approved the resignation of Juliana Mendez.