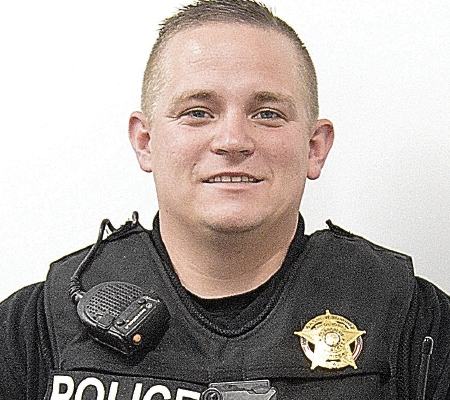 As students and staff settle into the new schools in Big Horn County School District No. 4, there is a new face settling in as well.

Wheeler and his wife moved to Wyoming about four years ago to become the pastor for the Pentecostals of Cody.

Wheeler said he worked in youth ministry in Louisiana. “I always liked working around the high school students as well as the middle school and just love the job of law enforcement as well,” he said in regard to why he became an SRO.

When the Basin SRO position was available, Wheeler was working with the Manderson Police Department on a part-time basis. Wheeler was referred to the position and given a high recommendation.

“We’re excited to have him,” said Police Chief Chris Kampbell.  “He had all the characteristics we are looking for as a police officer as well as a school resource officer.”

As an SRO, Wheeler helps the kids and provides
protection to the schools. He said he’s going to show a different side of law enforcement
that the media doesn’t
portray and how they are approachable.

Wheeler will also educate students on the dangers of drug use and vaping.

In regards to settling into the new position, Wheeler said things are going great. As for moving to the new schools, he said it was crazy, but
it’s good.  “It’s a good move, so we’re all excited about the new school,” he said.

He currently commutes
from Cody to Basin. “I like the drive,” he said. “It’s pretty relaxing.”

Wheeler said he is excited to be in Basin. “It’s been a great change in my life.”